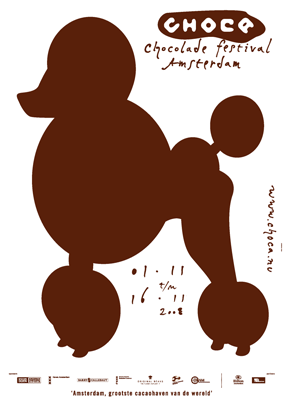 I love chocolate. I love heritage. And Amsterdam offers the two of them between 7-22 November during the Chocolate Festival!
Looking at the programs I learned that a chocolate festival is much more than simply eating chocolates. They organise a bicycle tour and a walk to trace a history of chocolate in Holland. They display an exhibition about Chocolate Expedition of van Houten whom I am sure sound familiar for chocolate lovers in Indonesia. There is also a fashion show with clothes from chocolates! Museums and library are involved, besides of course, chocolate patisseries, restaurants and hotels.
The mission of the festival is to set cacao beans and chocolate industry as images of Amsterdam : sexy, creative and sustainable.
Amsterdam is the largest chocolate port in the world. Every year about 600 million kilos cacao beans is transported by ships. That amount is about one fifth of the world's chocolate production. Most cacao beans came from Cote d'Ivoire West Africa countries and Ghana. The cacao beans are proceed to become cacao bulk and cacao butter and imported to the US and other European countries.
And about the chocolate expedition of van Houten, it began in 1828 when Coenraad Johannes van Houten invented chocolate powder. At that time he still worked in Amsterdam, then finally he opened a chocolate factory in Weesp, close to Amsterdam. He got cacao beans supply from Ghana. A photographer, Frits Lemaire (1921-2005) and sineas Louis van gasteren were the members of the expedition. The journey between Amsterdam and Accra were the main source of their works, including diaries and souvenirs.

A beauty that I saw this week : a lamp in the former office of the Dutch Trading Company, a succesor of the Dutch East India Company (VOC). The Building itself called "De Bazel" and it is worth visiting when you are in Amsterdam. 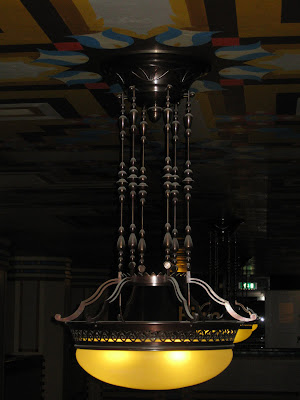 GLORY OF THE PAST

The Dutch East India Company (VOC) was the Dutch trading company in the past who brought a lot of wealth to Holland. The admirals of VOC sailed to far away destinations with ships. Two of them were "the Batavia" and "the 17 Provinces." Lelystad has built the replica of the Batavia completely and open it for public since 1995. The complex for these ships called "Bataviawerf."
The Batavia ship was for the first time sailed in 1629 with destination of Java island in Indonesia. There were 332 crew inside. There is a book told stories about death, killing and betrayals during the operations of this ship. 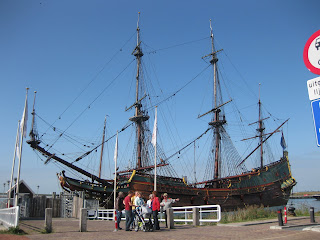 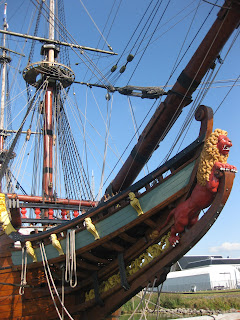 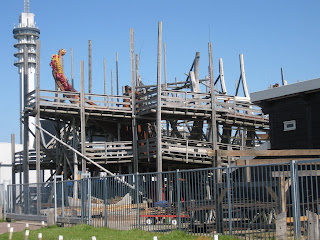 The 17 Provinces ship replica is under construction 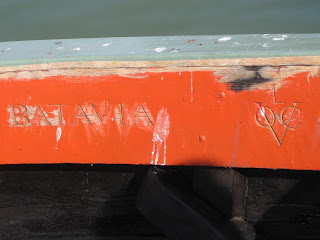 You can find VOC logo everywhere in this place 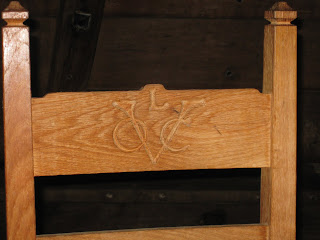 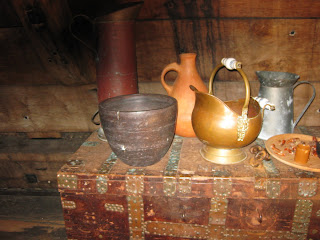 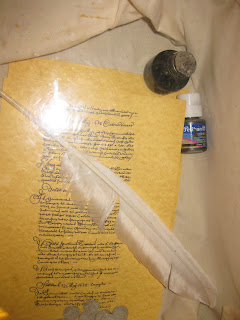 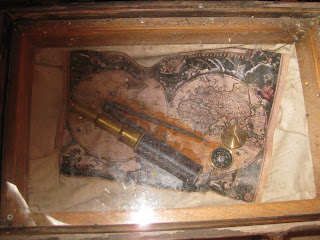 Interior in the Batavia ship which mostly for children's games consist of maps, old text, etc.

SHOP TILL YOU DROP

Factory outlets became a trademark of Bandung in West Java, Indonesia. My home town Bandung has an acute traffic problem every weekend due to factory outlet tourism. People is starving of branded products, left-over exported quality products. Bandung has begun its factory outlet tourism years ago and it becomes a mecca for shoppers in Indonesia.
In the Netherlands factory outlet -in my opinion- is not a phenomenon yet. We can find here and there factory outlet shops but not to the level of craeting traffic jams in the whole city. One of the biggest factory outlet in the Netherlands is "Batavia Stad" in Lelystad. This city makes the Batavia Stad as one of the main attractions. What interesting for me is the combination between the factory outlet and the replica of VOC ship in one complex. About the ship I put it in another entry. So you can learn about history and shopping altogether. Interesting concept. 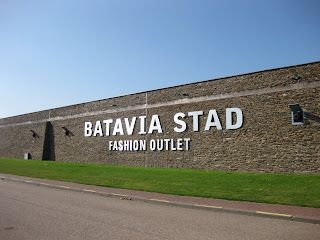 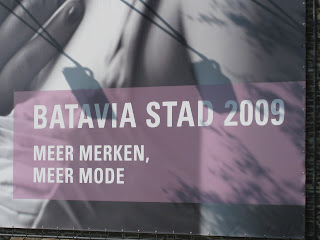