Showing posts from October, 2022
Show all

INDARUNG I: ANOTHER MILESTONE OF INDUSTRIAL HERITAGE IN INDONESIA 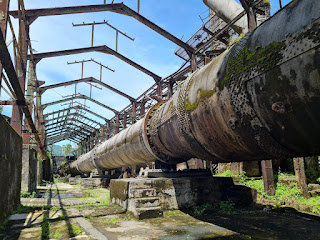 The Municipality of Padang in West Sumatra has taken an important step in September 2022 to designate the former cement factory Indarung I of PT Semen Padang and the hydroelectric power station PLTA  Rasak Bungo as protected sites. The Indarung I Factory was established in 1910 originated as NV Nederlandsch-Indische Portland Cement Maatschappij (NIPCM) and PLTA Rasak Bungo was established in 1908 to generate electricity for the cement factory Indarung I. The Indarung I Factory is the oldest cement factory in Southeast Asia. The next step is to propose both sites for protection on the national level. The local stakeholders have been preparing adaptive reuse plans for the former cement factory Indarung I which will focus on educative programs. In the past several parties have shown great interest in the sites. modern Architecture Asia Network (mAAN) has organized a workshop (2011), as well as Pan-Sumatra Network for Heritage Conservation (Pansumnet) (2015) in conjunction with I
Post a Comment
Read more
More posts