MY PASSIONS FOR INDUSTRIAL HERITAGE

In Indonesia, there are 33 former sugar factories that are older than one hundred years. And the plantation industry echoed the glorious past when Indonesia or to be more correctly, the Dutch Indies, supplied the world with the best tobacco, tremendous amount of spices, and other commodities. A story of industrial heritage is a story of the economic history of the country intertwined with stories of culture and people. Every time I saw a former and still existing industrial site, I am excited to learn and to find out more. On the other hand, I found a few resources from the Indonesians self. Most resources come from the archives and resources of the Netherlands. It shows that industrial heritage is not on the agenda yet in Indonesia.

That is basically my motivation to promote the industrial heritage of Indonesia through ANIH, the Asian Network for Industrial Heritage, that was established in 2018 initiated by Taiwan. I would like to encourage the Indonesians, especially, about the potentials of industrial heritage, and the Asians, generally, to adaptive reuse industrial heritage sites on Asian ways and approaches, that might be different from the existing ones. These relatively new paths are exciting to explore.

In 2020 originally the Third Forum of ANIH and Field School would be held in Indonesia, in Sawahlunto, West Sumatra. Due to the pandemic, the programs turned online into three webinars. I helped out as a moderator and as a speaker about how we involved the youth in the industrial heritage field. I have chosen to be responsible for the education of youth in the Advisory Board of ANIH, that was why I spoke about the topic.

I realize that it takes generations to raise awareness about industrial heritage. Nevertheless, it has to start somewhere. I do what I can. Act. Now. 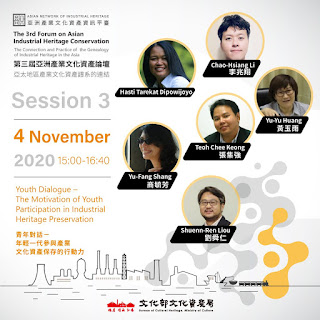 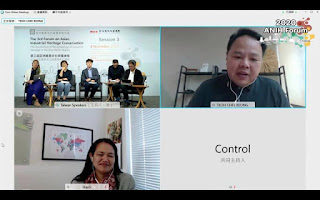 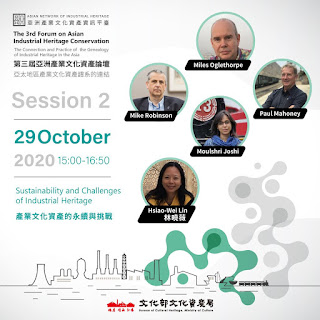 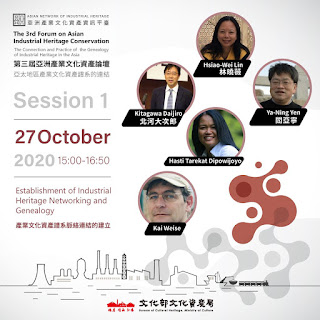