Finally I can be proud to see that people in Yogyakarta and Jakarta start to campaign about bicycles. It is still in the beginning and not massal yet but it is getting there. Any good initiative should be appreciated. 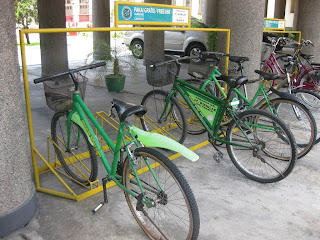 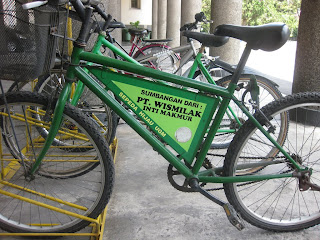 These are bicycles in Gadjah Mada University, Yogyakarta. It is not clear for me for whom since they are only few. My eyes caught an interesting advertising though that these bicycles were donated by PT. Wismilak which is a producer of cigarette. What is the message? Healthy and smoking? 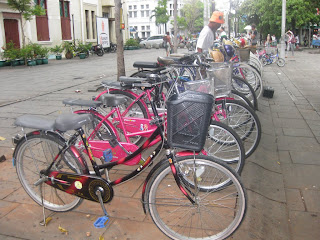 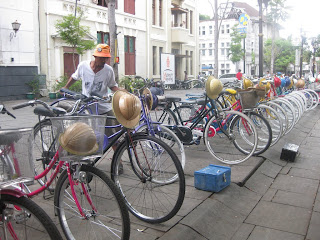 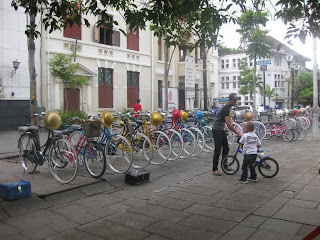 These are bicycles in the old part of Jakarta, Taman Fatahillah, mainly for having fun and not really for mode of transportation around the city. Mostly used by local tourists to have a nostalgia biking around the area. Well, at least they are there. Who knows it will improve in the future. I have seen bicycle paths in Yogya and Jakarta and some people really biked in the middle of traffic congestions. Thumbs up for them.