When I am in Netherlands, I like to explore villages or better to say, suburban areas. Mostly close to home around Amsterdam but often are also far away in other provinces.

Last weekend, I explored Monnickendam and Broek in Waterland in North Holland.

The reason that brought me there was a presentation from Tim Voors about his walking adventure in the Pacific Crest Trail from Mexico to Canada. This Literature Cafe took place in a church called Sint-Nicolaas in Broek in Waterland.

First, the Broek in Waterland. Such a cute little village with expensive cars parked a long the roads. This is a village for the have's, absolutely. It is not a village like my friends in Indonesia think about. Some houses have solar energy panels on the roofs. It is not something for farmers in Kandangan, Central Java, with buffalo's and dark dirty nails.

I love both types and enjoyed Broek in Waterland as much as I enjoyed Kandangan. No sin to be rich as long as you earn it honestly. What I found admiring is that even in a small village like Broek in Waterland there is a restaurant slash cafe on Sunday afternoon with live music. That was besides that attractive presentation of Tim Voors next door. Living in a small village with style!

I think that what people should do in villages in Indonesia and everywhere in the world. Creating interesting programs to enjoy and making villages as up-to-date as cities. There are enough interesting people in villages to share stories and skills. Farmers can tell a lot. Youth can play a lot. Look at Broek in Waterland. The speaker, the music palyers, all come from the village. Being creative and proud of themselves. I heard too much complain that villages (in Indonesia) do not get attention from the government, do not have enough resources and brain drain is on the way. We probably have to contemplate more often before we complain.

Second, the church of Sint-Nicolaas. This church is still used for mass on Sunday morning and the rest is used for social cultural program like the Literature Cafe. All is organized by local volunteers. They are professional (on time, accurate info on website and newspaper) and wholeheartedly did their taks. They sold drinks and delicious homemade lemon cake to collect money for maintenance of the church.

Lastly, the village of Monnickendam. I visited Museum of Waterland telling history of the village completed with historical carillon and its amazing water management skills. I was the only visitor of the museum on that afternoon, so apparently this kind of situation happens too in Netherlands. Not all museums are busy.

What I am trying to say is: stop complaining about village being a stranded place for backward lifestyle. We can make it as a cute, original and creative place. Placemaking! 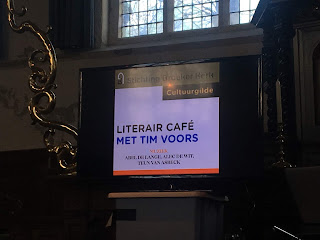 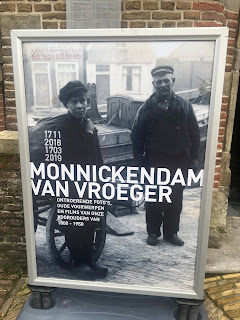 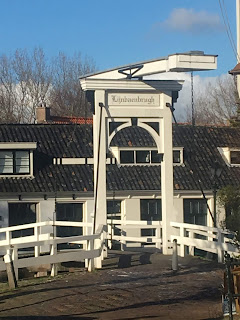 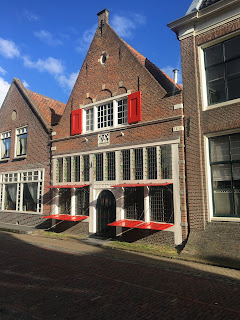