I was very curious how Andalucia, Spain, with its warm climate and world famous monuments, manage its crowd (read: tourists). The province receives about 11 millions international tourists per year plus domestic tourists (about 80% of the population means about 140 million tourist trips per year). In main destinations like Granada, Cordoba and Seville, most tourists visit main destinations so concentration of crowd is relatively high.

In Al Hambra, Granada, ticket has to be purchased by internet and only available at certain dates and certain hours. Most tickets have gove weeks and months in advance. In this way, crowd could be well managed and distributed every day from morning to evening. It is still crowded but manageable. There is no long queue at entrance.

The Mezquita-Cathedral de Cordoba, sells tickets on site and if lucky, taking at least half hour to get the tickets. Queueing under the sun is not a joke for some people who forget to bring hats or umbrella. Inside, there are no signs to arrange flow of tourists so it ends up that too many people at certain spots taking pictures creating congestions.

The Alcázar of Seville combined the two system, tourists can buy tickets on internet or on site joining tour guide. Queue is not too long especially when joining the tour guide. The tour is about one hour. The guide that I joined told more than what I found on books and internet. It gave an added value.

All in all, the palaces are impressive. They tell so much about wars, politics, religions and nature of human beings.

But Andalucia has more to offer than only palaces. Its people.

Seville, as the capital of Andalucia, has more vibrants due to the famous bull fighting and the Spring Fair or the Feria de Abril,  especially this year at the first week of May. Males and females dress up, for themselves, for their customs and traditions. They dress up seriously, not half casual, half formal. Areas around the bullring (the Plaza de toros de la Real Maestranza de Caballería de Sevilla) and the huge recinto ferial (fairground) in Los Remedios transform into extraordinary natural organic spontanious largest catwalks in the world! Views and atmospheres are very festive and joyful, all ages, all genders, all backgrounds.

The best of all is that they do that for themselves, not for tourists. I think this is a true intangible heritage of Seville that doesn't need a recognition from any cultural authorities whether or not it has a world heritage status. It is a world heritage. This custom and tradition is soul of Seville, spirit of Andalucia, gives life into all ancient palaces. This genuine living intangible heritage is so priceless in my eyes because I have seen so many touristic places with fake shallow cultural practices. We can build cultural parks but not the spirit of the culture owners. That is the challenge for all heritage sites and that is also the tricky side of world heritage status. How many world heritage sites become soulless destinations? 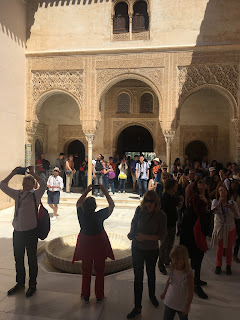 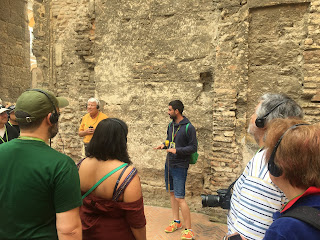 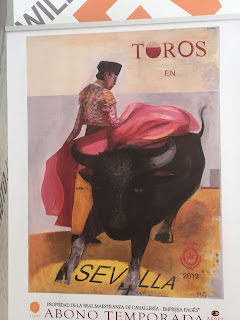 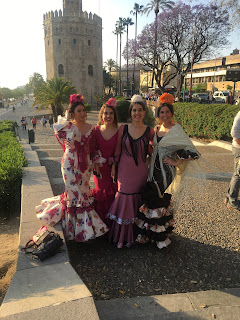 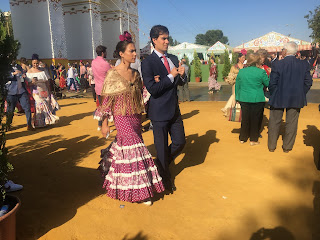 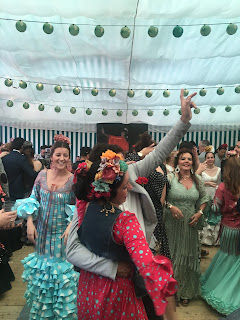 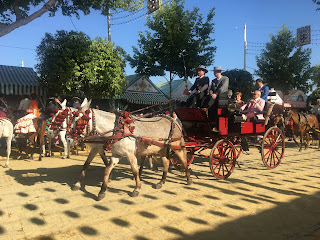 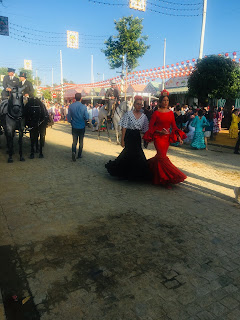 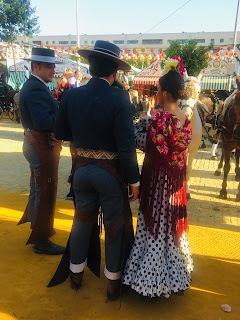