I am aware about foreign assistances for developing countries including Indonesia. And I am aware it is very complicated to conduct such a gigantic mission. But it doesn't justify inefficiency of the assistance. When I read the works of Greg Mortenson in Pakistan and Afghanistan through the book "Three Cups of Tea" I agreed with his approaches of assisting the locals. I said to myself, that approach should be adopted also by foreign institutions who work in developing countries. 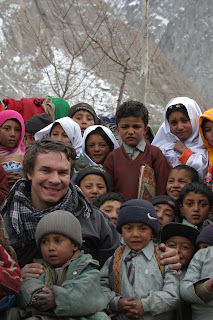 Greg used the most logic way of assisting local people. Asking what they need, requiring their participation and letting them to take care what they have built. In this case, schools for children in remote areas of Pakistan and Afghanistan. Greg adopted very transparant financial management and he himself very reluctantly took a tiny percentage just enough to survive. I wish that all foreign concultants in Indonesia will read this book and learn from Greg.

Other things that I learned from cooperation with developing countries, the win-win situation is responsible of both sides. I think education of the locals of being responsible for themselves is very important. Foreign countries would like to help but without professional attitudes of the locals nothing can be achieved. Don't corrupt with foreign financial assistance. Get up and be active in planning and conducting the planning. Achieving the best because at the end all the results are for the locals. Developing self-esteem to be an equal partners of the foreign consultants and discuss things together; don't expect to be told by foreigners what to do. Locals have the best knowledge about their places. They should know also what best for them. I am concerned everytime I see the Indonesians think that -sorry to use this term- the white men always know what the best. Facing a difference skin coloured, tall and English spoken person is apparently very intimidating for most Indonesians. Ability to feel equal is needed.

Tonight, CNN will devoted a segment from its program "Generation Islam" to the works of Greg Mortenson. The time of broadcasting is unluckily not handy for Indonesia (after midnight) but I hope somehow his works will be heard also there, sooner or later.